A Pioneer in Bilingual Education

Hermelinda Rodriguez was born on January 22, 1922 in Martindale, Texas.  She attended public school in San Marcos and graduated from Lockhart High School.  To achieve her dream of educating children, she attended Southwest Texas State University in San Marcos, where she received a bachelor of science degree in 1952 and a master’s degree in elementary education in 1955.

Hermelinda had a long and impressive career as an educator.  Her first teaching position for Austin ISD was in 1959 as a first grade teacher at Metz Elementary School.  Taking a leave of absence from Metz, she was asked to supervise student teachers at The University of Texas at Austin.  Although highly successful, she was overwhelmed by the desire to work with children and returned to Metz.  In 1967, Hermelinda made AISD history by becoming the District's first Mexican-American female principal.  As the principal of Zavala Elementary, she brought national recognition to the school by implementing the first-ever bilingual curriculum.  With the help of professors from The University of Texas at Austin, she developed a bilingual curriculum model that later served as the standard for other schools.  Her dedication to meeting her students' needs inspired her to devise and implement a bilingual program.  Other educators soon realized the value of bilingual education and it later became a state curriculum requirement.

With every career move, Hermelinda continued to significantly impact education.  After she became principal of Houston Elementary School in 1976, the campus was recognized as an outstanding instructional campus.  In 1981, she became AISD’s Director of Elementary School Management – once again making District history by obtaining the highest position by a Mexican-American woman.  Hermelinda maintained this responsibility until her retirement in 1984.

It is not surprising that during her career, Hermelinda received several personal awards and recognitions for her excellence in education.  She was chosen to serve on the White House Council on Education under President Richard Nixon, and worked with several organizations such as the AISD Hispanic Heritage Committee, the League of United Latin American Citizens, the Austin Child Guidance Clinic, and the Pan-American Round Table.  She also served as an active member of Delta Kappa Gamma Society International, an organization that unites women educators of the world in fellowship and professional growth.

Somehow, Hermelinda also found time to volunteer for community organizations, such as Altrusa International, Inc.  Even after retirement, she continued to work with children.  She tutored students free of charge and contributed to several scholarship funds.  She often served as a lector and Eucharistic Minister at St. Ignatius Martyr Catholic Church.

In her free time, Hermelinda loved to travel and to tend her garden.  She had the opportunity to visit countries in six continents and would often share her cultural experiences with her students.

Sadly, Hermelinda’s efforts in education were stopped short by a long and hard battle with cancer.  She passed away in February 1998.  Her memory inspires those who knew her to live up to her high standards.  Her good friend, Timy Baranoff, described her dedication to teaching, “She was kind when she needed to be, tough when she needed to be, but helpful at all times – she always kept children in mind as she worked.” 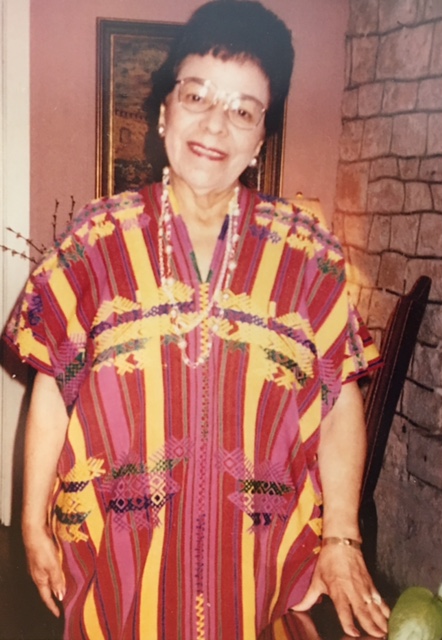